I’m a huge fan of Wes Anderson. I love how his movies are set in almost dreamlands, so complete and absolutely immersive. Though all Wes Anderson films can spout a million and one tangents on any number of topics, I think these three are central to the  The Grand Budapest Hotel

Last week’s Fresh Air had a great interview with Wes Anderson. One of the major things I took away was how inspired Wes Anderson is with the painter Caspar David Friedrich, a 19th-century German Romantic landscape painter.

The film was mostly shot in Germany, the movie taking place in the fictional Republic of Zubrowka in central Europe. That fits well in the world of Friedrich’s work. Old school film techniques such as shooting with minatures and painted backdrops makes Anderson’s films seem from another generation.

Stills from the movie 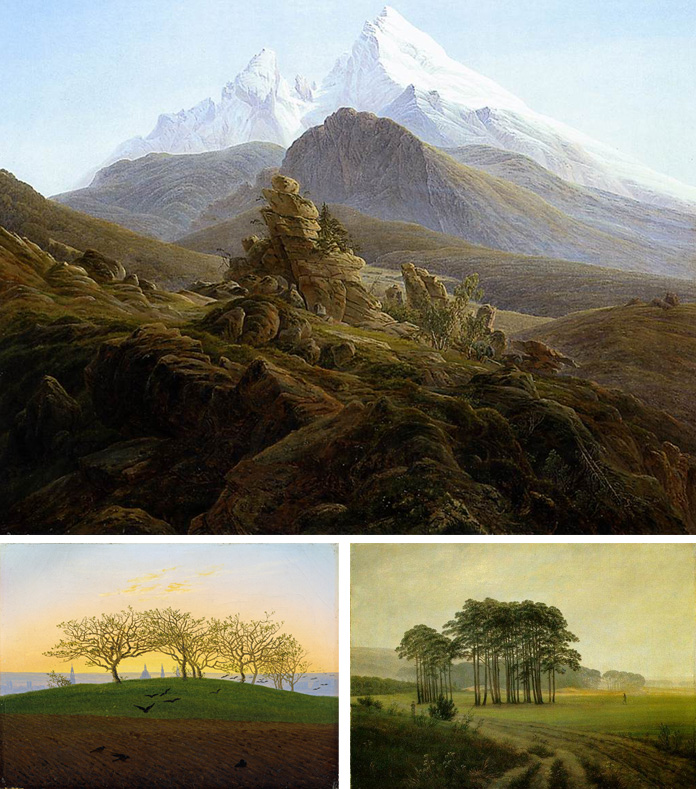 Caspar David Friedrich’s The Watzmann, Hills and Ploughed Fields near Dresden and Midday

Alexandre Desplat’s soundtrack helps to add to the Anderson atmosphere. A quick search on Desplat shows the vast array of films he is composing for, from Argo to Harry Potter as well as Fantastic Mr. Fox and Moonrise Kingdom. The music sets the mood perfectly through the movie. I think this might be the first soundtrack to his movies that does not contain any sort of pop song in it, instead using some Eastern European sounding music to round out the score.

There is a great article over at Fast Company which goes into more detail and there is an article at Creative Review with the designer Annie Atkins. And of course, her website where you can see more work.

The website itself has a flash driven portion which is amazing – www.akademiezubrowka.com. If you have some time to kill, go explore. 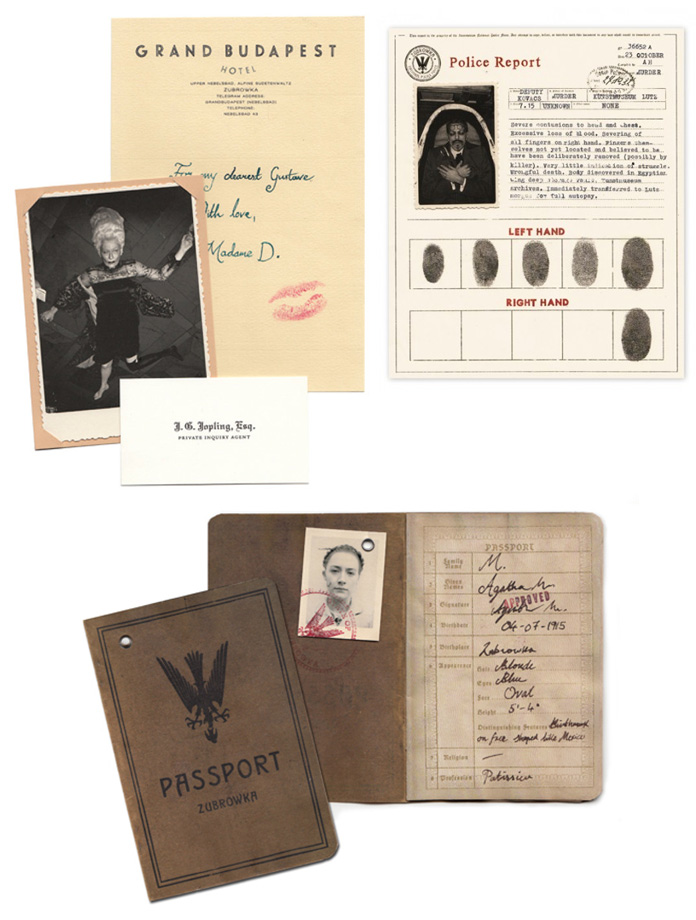